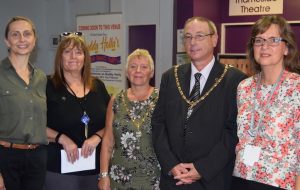 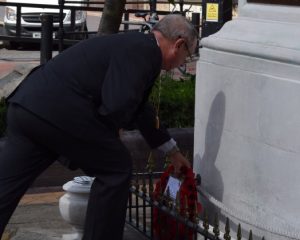 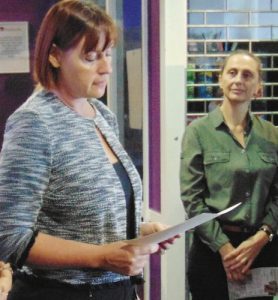 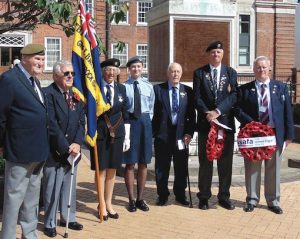 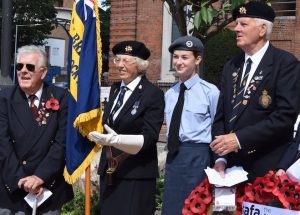 RESIDENTS gathered around the Grays War Memorial this morning to remember the Battle of Passchendaele which took place a hundred years ago today (Monday 31 July).

Officially known as the Third Battle of Ypres, Passchendaele became infamous for the mud and huge loss of life. Torrential rain turned the landscape into a thick mud bath which immobilised tanks and make weapons unusable.

Pastor Akin Laosun read a prayer before joining attendees for the second part of the programme at the Thameside Theatre.

Pastor said: “Around 90,000 British and Commonwealth soldiers were missing; 50,000 buried without being identified and 42,000 never recovered from the Belgian fields of Flanders that turned into an ocean of mud.”

He added: “The 100th year anniversary of Passchendaele provides an opportunity to view World War One in a new way and commemorate the Service and sacrifice of those who lost their lives to preserve this great nation. My encouragement to everyone is to do everything possible to continue to make this nation great.”

Portfolio Holder for Neighbourhoods, Cllr Sue MacPherson said: “I’m so pleased so many people turned out for today’s event.

“I know the museum volunteers have been working hard on the Passchendaele exhibition which due to open in the Thameside complex in Grays on 18 August.

“Concentrating on Thurrock’s important involvement, I really encourage everybody to pop along and have a read of a small part of our boroughs great history.”