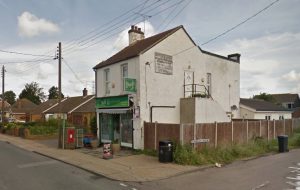 A 15-year-old boy from Chorley, Lancashire, and a 18-year-old man from Leigh-on-Sea were arrested today (Friday, August 4). Officers released the boy without charge and have released the man on police bail until Sunday, August 27.

Police were called to a convenience store at around 8pm on Friday, June 9, following reports that two people had entered the store and threatened staff with what was believed to be a handgun and knife.

The store’s alarm was set off and the suspects then left the scene. Nothing was taken and nobody was injured.