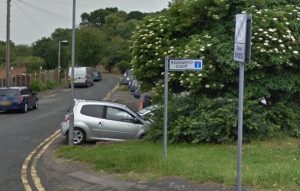 DETECTIVES are appealing for witnesses to an assault in Grays.

A 38-year-old man was walking along Dell Road at about 8pm on Saturday, August 5 when he saw five or six youths confront a boy at the junction with Rockswood Road.

He shouted at them to stop and was verbally abused. When he went over to intervene, one of the youths sprayed an unknown substance from a bottle at his face.

The group ran off along Dell Road, in the direction away from Orsett Road.

The man was taken to hospital for treatment. He suffered minor injuries.

Investigating officer Dc Clive Day said: “This was a nasty incident in which a man trying to help a young boy was assaulted.

“Fortunately he did not suffer any lasting injuries.

“I am appealing for witnesses who saw what happened or know those responsible.

“I would also like to speak to the boy who was confronted by the suspects. I know he may find it hard to come forward but I would encourage him to discuss it with his parents and contact me, or he can contact Crimestoppers anonymously.”

The suspect who sprayed the liquid at the victim was described as being of Chinese or Vietnamese appearance, about 5ft 10ins tall, of medium build and aged in his late teens. He had dark hair slicked back and shaved at he sides.

He wore a white tracksuit top with stripes down the sleeves.

Dc Day can be contacted at Grays CID on 101.