GRAYS Athletic are pleased to announce that goalkeeper Lamar Johnson has signed for the club. 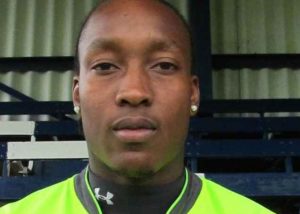 Lamar will be no stranger to blues fans having spent four seasons with the club between 2012 and 2016. During that period he made 108 appearances and was a key member of the team that won the Ryman League Division One North title in 2012/13.

Prior to his spell at Grays, Lamar had played at Youth Level with Charlton Athletic and Thurrock, before playing for Aveley and Romford.

He returned to Aveley last season and he received all three of the club’s Player Of The Year awards.