Wannabe: The Spice Girls Show is coming to the Thameside Theatre

WANNABE – The Spice Girls Show is the first major tour of a Spice Girls themed theatre show and is hitting venues UK-wide this autumn.

The five piece are set to play the Thameside Theatre in Grays on September 15th. 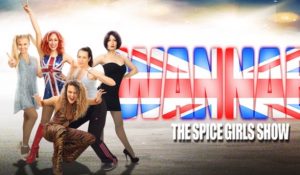 The 90s have been coming back with a bang over the past few years. TAKE THAT have a new album, new musical and Gary Barlow had the successful TV show ‘Let it Shine’; STEPS have regrouped for another tour and another new album and The Big Reunion has seen the rise of FIVE, ATOMIC KITTEN and A1.

Formed in 1994, The Spice Girls got the World’s attention with their debut single WANNABE, released on 7th July 1996. The single went on to become one of the best selling singles of all time, topping the charts in 37 countries and selling over 6 million copies Worldwide.

WANNABE has been building it’s success for 10 years, travelling the World, performing all of the power group’s biggest hits. Scary, Posh, Ginger, Baby & Sporty Spice will be bringing the full concert tour to theatres all over the country this year, starting with The Hawth in Crawley on the 3rd September and finishing on the 25th November at the Neon, Newport.

Representing the band, Anna Slater said: “We’re all obsessed with 90s music and we wanted to make a big splash with this huge concert tour.
We’re creating the ultimate girls night out and who doesn’t know the words to Spice Up Your Life or Stop?!”

The hits just keep coming from this show with songs including Viva Forever, 2 Become 1, Who Do You Think You Are and a newly arranged medley covering the girls solo careers from I Turn To You (Mel ‘Sporty’ C) to the unforgettable It’s Raining Men (Geri ‘Ginger’ Halliwell).

If you like a bit of Spice then Zig-A-Zig-Ah down to your local theatre and pickup tickets to the 90s events of the year!