Cricket: Six of the best for Horndon 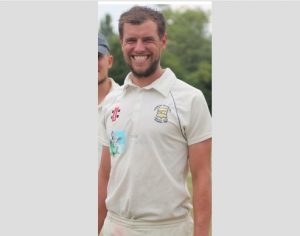 HORNDON made it six wins on the trot on Saturday as they won the toss and put Wickford into bat on their home ground. Connor Hammond picked up the early wicket of Chirag Desai but Paul Corps and James Newton built the innings well for the home side. It was Hammond again who broke the partnership getting Corps (19) caught behind but at 66-2 Wickford had started well. A quick wicket from Ryan Madder and the introduction of Stephen Edwards and the pendulum swung in Horndon’s favour. A brutal 7 over spell from Edwards destroyed Wickford’s chances of posting a big total. Edwards picked up 6 wickets for just 18 runs from his 7 overs dismissing Wickford for just 121. Horndon didn’t quite get the start they wanted. Tom Stone left another straight one for the second time this season and the ever cautious Jack Walsh soon followed for just 1 off 24 balls and Jeff West Jnr followed the very next ball leaving Horndon 22-3. Mo Asif and Connor Hammond steadied the nerves until Hammond was caught off David Cole and Horndon still 80 runs short. Thankfully for the visitors Scott Plom showed joined Asif and soon calmed the nerves. A fine selection of controlled hitting from both batsmen gave Horndon another 20 points in 30 overs. Plom finishing 52* and Asif 41*.

Horndon 2’s again showed they were probably too good for the division with a comfortable 13th win on the trot. With the visitors turning up late due to a busy M25 and rain due in the afternoon skipper Ryan Cutts put the visitors into bat. Opening bowlers Jack Marson and Tom Piggott soon found their rhythm and steamed through the Harlow Town batting order. Marson finishing with 5 wickets for 13 runs and Piggott 4 wickets for 15. Rob Hutcherson 16* and Danny Freeman10* chased down the small total in just 3 overs

Horndon’s third string maintained their position at the top of the table by beating Basildon. Winning the toss Horndon elected to field and restricted the visitors to 206-5. Jack Outten and Peter Clark picking up 2 wickets apiece. Abhinanadan Bidari was the pick of the Batsman with 64. Despite losing Ian Gibbs for a Duck and Paul challis for just 6 Horndon managed to chase the total in just 32 overs for the loss of 3 wickets. Youngster Harry Philpot showed his class with a fine 68* and Callum Brady with some big hitting finished 88 not out.

Horndon 4’s made it a clean sweep for the club as they bowled Basildon out for just 107. Bibin Mathew picked up 3 wickets as Rutland and Major took 2 apiece but it was veteran Richard Jasper who done the damage. From 8 overs he bowled 5 maidens going for just 3 runs and taking 3 wickets. Horndon chased the total in overs with everyone chipping in, Dan Marshall top scored with 20.