Do you know any community superheroes in Thurrock? 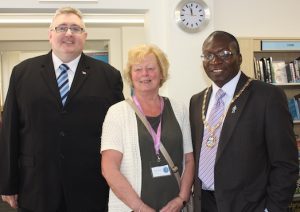 Do you know any community superheroes?

THE Queen’s Award for Voluntary Service (QAVS) is the highest award given to local volunteer groups across the UK and recognises groups providing a social, economic or environmental service to the local community.

Created in 2002 to celebrate the anniversary of The Queen’s coronation, it is the MBE for volunteering groups.

Portfolio Holder for Neighbourhoods, Cllr Sue MacPherson said: “Now is the chance to nationally recognise the thousands of people and hundreds of groups across the borough that go above and beyond in service of their community.

“Lots of these groups go under the radar without any appreciation – as so often is the case with volunteers – but I really want to encourage everybody to take the time and nominate groups and give them the thanks they deserve.”