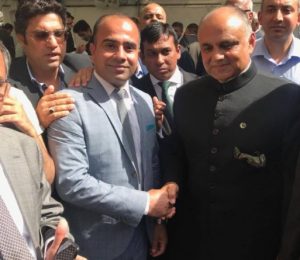 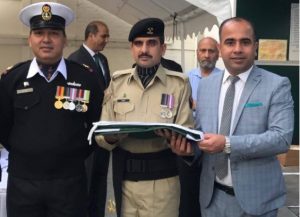 The High Commissioner said “Pakistan is moving forward despite challenges. Our economy is on upward trajectory with 5.4% growth this year. Pakistan is the frontline country between the forces of darkness and the civilised world. Today we again pay tribute to our more than 60,000 martyrs who lost their lives during fight against terrorism.”

The High Commissioner termed the relations between Pakistan and the United Kingdom exemplary and productive.

Mr. Qaisar Abbas said “I feel proud to be part of this glorious event and I congratulate the people of Pakistan on country’s 70th Independence Day.”

Guests were entertained by Pakistani music and served with brunch of traditional Pakistani Cuisine.

Pakistan gained independence from the British Government and became a sovereign country on 14th August 1947. The independence movement was led by the All India Muslim League under the leadership of Muhammad Ali Jinnah.