Thurrock’s care crisis: UKIP “We are once incident away from catastrophe” 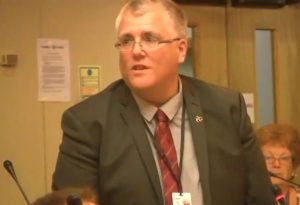 THE LEADER of Thurrock UKIP has issued a dire warning in the light of recent events relating to providing care for the elderly and the vulnerable.

UKIP Thurrock Group Leader & Health Spokesman, Cllr Graham Snell said: “It has been reported that, over the Bank Holiday weekend, a substantial number of Thurrock residents that require home visits as part of their care package didn’t get them. I can confirm that there was indeed a problem but eventually, all booked visits were covered.

“August bank holiday is always a tough period to cover: often because staff are on annual leave. This year, another factor played a big part. It is well known that Thurrock Council’s budget has been severely cut by the Conservative Government and, unsurprisingly some big spending departments such as Adult Social Care have come under extreme financial pressure. As a consequence, the amount of money available to pay for carers is inadequate to the extent that, when other employment opportunities come along, they leave. To compound the problem, to try to recover the situation at the weekend, the Council had to use more agency staff than it would usually. If you remember, the UKIP Group didn’t vote for the Tory Leadership’s budget this year because, in part, we didn’t believe administration reassurances that the reliance on agency staff would be decreased as a cost saving measure. This incident shows we were right to be sceptical.

“This last weekend should be raising alarm bells. OK, a serious situation arose and was dealt with and I would like to thank the officers and staff who worked hard throughout the weekend to ensure the Council met its obligations. However, we now know that this particular service is on a knife edge and just one incident away from becoming catastrophic. Will the Tory administration acknowledge that their Government has got to intervene with extra funds to ensure that our residents are never put at risk? This issue must not be about saving money, it must be about saving lives.”

One Response to "Thurrock’s care crisis: UKIP “We are once incident away from catastrophe”"