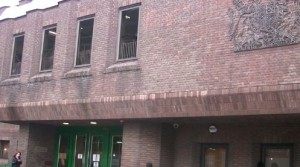 A MAN charged with the murder of a man in South Ockendon has had an application for bail denied.

Dowman, of Lytton Road, Chadwell St Mary, was charged with the murder of Daniel Adger in Eden Green, South Ockendon on August 21st.

Dowman only spoke to confirm his name.

After lengthy applications and addresses from both prosecution and defence, Judge Christopher Gratwicke denied the application.