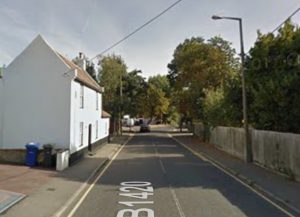 DETECTIVES are investigating a serious assault which left a man with severe facial injuries.

A man was found by members of the public at around 4pm on Saturday, September 23, opposite a petrol garage on Church Road, Corringham.

Officers were called to the incident and the victim reported that he had been assaulted by a man who had kicked him multiple times while on the ground.

The man was taken to hospital for treatment.

A 29-year-old man was arrested in connection with the incident and has been released on police bail until October 21.

Police are keen to trace a number of people believed to have been witnesses to the incident, and anyone with information is asked to contact Dc Nicola Hadfield on 101 or Crimestoppers anonymously on 0800 555 111.