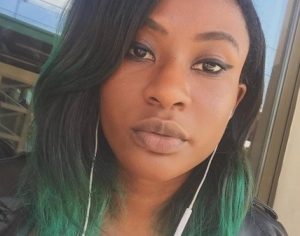 AN inquest has heard how a woman from South Ockendon threw herself from a bridge.

Police later suspected her close friend Kasumi Kishi had helped Lara to kill herself and formally interviewed her, although she was never charged with any offence reports The Bristol Post.

Lara, an aspiring dancer, had tried to take her own life on several occasions, and had suffered from depression for several years.

An inquest into her death on Thursday, September 28, heard she was suffering from insomnia and had even gone to see her private psychologist on the morning of her death.

Avon Coroners Court heard how Lara had gone to the bridge with her close friend Kasumi Kishi in an Uber taxi about half an hour before she died.

The pair crossed the bridge, arm in arm. Lara tried to jump but was pulled back twice by Kasumi, and the pair were seen to have a minor disagreement before hugging and having a cigarette.

A few minutes later Kasumi left Lara by herself at a nearby bench.

Bridge attendant Kevin Bird saw Lara take off her coat and climb up, and he rushed to speak with her. Off-duty police officer PC Francis was also driving in the area and stopped to help.

Both stayed a short distance from her so as not to startle her, but could do nothing after she jumped. She was found dead by the banks of the River Avon a short while after the incident.

Dr Joanne Mobbs, from the university’s Student Health Service, told the court Lara had previously tried to take her own life, and suffered from depression as far back as August 2014.

She had been given medication, but also tried counselling, including back home in Nigeria where her family had emigrated from. The court heard Lara had problems sleeping and she had been feeling stressed by her workload and depressed from a lack of sleep.

Two days after Lara’s death, Kasumi went to the house to meet Lara’s housemates around 7pm. After drinking and sharing some food, the Japanese woman said she had told Lara about ways to kill herself and how they had planned “go together”.

But she said she backed out because she was afraid of heights, but was feeling suicidal herself.

Lara’s flatmates rang the Samaritans charity and brought Kasumi back to her house, where she was left in the care of a friend.

Detective Sergeant Nick Lawson told the court police wanted to speak to Kasumi and she was asked to voluntarily attend a police station. She was under suspicion of assisting a suicide, but not arrested.

In her interview on April 8, Kasumi told officers she had tried to stop Lara from harming herself in the kitchen, and then again twice on the bridge.

After Lara agreed not to jump, Kasumi left the scene. Police spoke to the Crown Prosecution Service about charges of assisted suicide and manslaughter, but it was decided not to proceed with the case. The case has since been closed by police.

The coroner said Kasumi Kishi was no longer in the UK.