Thurrock second most popular Help to Buy area in the country 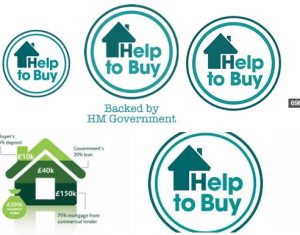 THURROCK has been named the second most popular place in the country for homeowners to take up the Help to Buy scheme.

Research by Countrywide found that 64% of new homes in this area are bought using the Government’s Help to Buy scheme, which allows buyers to purchase a new build property with just a 5pc deposit.

This is far higher than the average proportion across the country which stands at around one third. Some developers, such as Persimmon, sell more than half of their properties using the programme, which is due to end in 2021.

Fionnuala Earley, chief economist at Countrywide, said: “Take-up has been highest in cheaper markets, often where development has aided regeneration. In almost every Help to Buy hotspot where the scheme is used to sell over half of new homes, the average house price is under £300,000.”

The Government has launched a consultation to decide the future of the scheme, which was initally launched to promote housebuilding by stimulating demand. Investors are waiting with anticipation to see whether the policy will be curbed, by lowering the price threshold for homes from its current £450,000 outside London, kept as it is, or scrapped completely. A government survey last year found that 57pc of people using Help to Buy said that they could have afforded a home without it.

Ms Earley added: “Compared to previous government schemes designed to support would-be homeowners, Help to Buy is relatively generous and take-up has been higher. Housebuilders are understandably keen for the scheme to be extended beyond 2021 as it helps to support demand and planning strategy for future developments.”

It comes as new research by conveyancing services provider Search Acumen found that a deficit of more than 500,000 homes has formed in England, compared to the number of new households created.

It also warned that if current housebuilding and population growth trends continue, England could lack one million new homes by 2022.