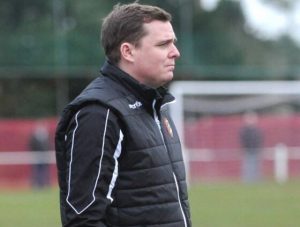 AVELEY Football Club are delighted to announce the appointment of James Webster as their new first team manager.

James joins us from Brightlingsea Regent where he has successfully achieved four promotions in seven seasons, including winning the Ryman North last season by 14 points.

With the move to Parkside, the board were looking for a young and inspiring manager which they feel they have found in James.

Joining James is his current assistant manager Chris Smith who has a wealth of knowledge at this level of the game.

A spokesperson said: “We would like to wish James and his team a long and successful relationship with our club. The club wishes to thank all the candidates that applied for the role. We were overwhelmed we with response shown.