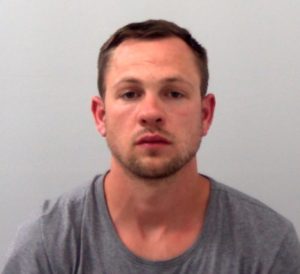 A drug driver has been convicted following our summer anti-drink and drug driving campaign.

The campaign ran between June 1 and June 30 and saw 107 people arrested.

We are releasing the details and images of those convicted to act as a deterrent to anyone else considering drink or drug driving.

The person convicted is:

Mark Aylwin, 30, of Clifton Road, London:
– Arrested in Greenacres Farm, Stanford-le-Hope at 8pm on June 28;
– Disqualified for three years, fined £300 and ordered to pay £85 costs and a £30 victim surcharge for drug driving.