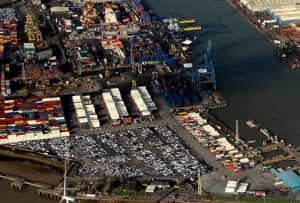 PORT of Tilbury London Ltd (PoTLL) is planning a new port terminal and associated facilities alongside the current port, building on a 152 acre site that was part of the former Tilbury Power Station.

Tilbury2, as it is called, will include a new pontoon and deep water jetty to act as a satellite of the main port. If approved, it will have a roll on/roll off ferry terminal for importing and exporting containers and trailers. Tilbury2 is also likely to include a facility for importing and processing bulk construction materials. In the northern part of the site there is land available for the potential storage of a variety of goods, including cars.

Because of the volume of traffic that could pass through Tilbury2, the proposals are considered by the Planning Act 2008 to be a ‘nationally significant infrastructure project’. Therefore the planning application is made directly to the Planning Inspectorate (on behalf of the secretary of state for communities & local government) rather than to Thurrock Borough Council, the local authority.

The Planning Inspectorate now has 28 days to review the application and decide whether or not to accept it. If it does, a final decision from the secretary of state is not expected until the first quarter of 2019.

Tilbury is one of eight ports owned by Forth Ports. It is home to the London Container Terminal, the only terminal servicing both short-sea and deep-sea customers; and the London Distribution Park, a 70-acre development just outside the gates of the port, a project being carried out in conjunction with strategic developers, Roxhill.