Street Football tournament is a hit in Tilbury 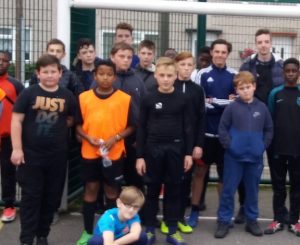 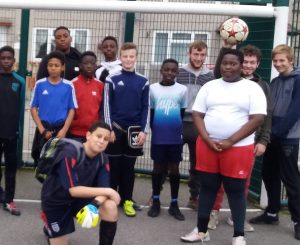 Street Football tournament is a hit in Thurrock!

THIS October half term saw a Thurrock “Street Football” tournament bring together 49 young people from across the borough. It all took place at the Riverside Youth Centre in Tilbury, where teams representing Purfleet, Grays, West Thurrock, Aveley, and Tilbury competed against each other to be crowned Thurrock’s best.

One of the participants was 14-year-old Dan from Purfleet, who said: “It was a fun event today and it’s a great idea. It brings us youngsters together through football, which we all love!”

The tournament was the finale of the Thurrock Street Football project – a series of weekly football sessions running across Thurrock from April to October.

Bringing organised sport to the community over the summer, the scheme has benefited more than 100 young people who have taken part since April 2017.

Cllr James Halden, Thurrock Council’s Portfolio Holder for Education and Health, said: “The Street Football project has the obvious benefit of regular physical exercise for people taking part, but what it also offers is the opportunity to bring young people together and build positive relationships both between themselves and the staff running the sessions.

“What better way of finishing up than with a competitive tournament in October half term, bringing together players from various Thurrock communities – really showcasing the success of the scheme.”

To find out what’s happening in your area for young people, visit: thurrock.gov.uk/youth