Rugby: Thurrock go down at Tottonians 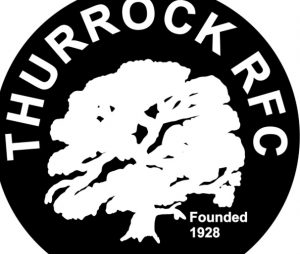 THEY say games are won and lost by fine margins, and this was certainly the case for Thurrock on their trip to Southampton. In the first period Thurrock struggled with many strange refereeing decisions and found themselves 26-0 down tries from Baxter and Mike Searle brother Robbie Searle kicked both conversions and 4 penalties, a score that did not reflect how the game was going, a blatant offside and late tackle ended Tom Worsfold’s afternoon with a hand injury the crime escaped punishment, although he did soldier-on for 35 minutes before being replaced by Sonny Gay making a welcome return after two months out with injury.

The second half did not start as required conceding a fifth kickable penalty to go 29-0 down, but the galvanised half time team talk kick in and the home side did not know what to do tries from Sonny Gay 2, Freddie Russo and Nat Farrell, three of them converted by Jake Barrand and now the momentum had changed, and Thurrock was completely dominating the game. From the restart the visitors forced their way into the Tott’s 22 and camped on the line looking to take the lead, Thurrock moved the ball wide and looked likely to score but the pass was intercepted by Raqio on his own try line and he sprinted the length of the pitch to score a try to much relief for the home support Searle converted 36-26 after 68 minutes.  A further sucker blow came from the restart a strong running return was fed to Buck who out sprinted the opposition to score Tottonians bonus point 4th try in the corner, Searle again converted 43-26.  A pulsating game from start to finish with home side surviving a fantastic fight back by that deserved more.