ESSEX Police is appealing for information about an attempted robbery at a shop in Stanford-le-Hope. 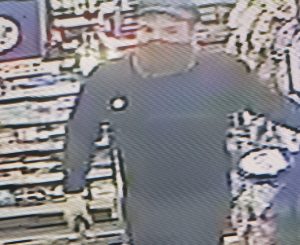 Two men, one holding a hammer, entered the Lampits Hill Food and Wine store on Lampits Hill at 6.45pm on Tuesday, December 5 and demanded the shopowner open the till.
He refused and they left empty handed.

Officers are now in a position to release a CCTV image of a man they want to speak to in connection with the incident. We appreciate it is not the clearest image but hope someone may recognise him. He was wearing black clothing and believed to be aged 30 to 35.

The other man aged about 35 to 40, wore dark clothing and had his face covered. He was carrying a clear bin bag.

Witnesses who saw the two men in the area at the time, or anyone who can identify the man pictured, are asked to contact Dc Mark Makin at Grays CID on 101, quoting reference number 42/172744/17.