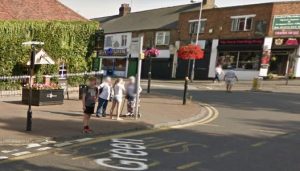 ESSEX Police continue to appeal for witnesses following an incident in Stanford-le-Hope on Christmas Eve. Officers were contacted with reports of a fight in progress in The Green, just before midnight.

A 22-year-old man received stab wounds to the stomach and remains in hospital. He is in a critical but stable condition.

Another man in his 20’s received cuts to his head after being attacked with a glass bottle. He has received medical treatment.

A number of witnesses have come forward but we would still like to hear from anyone who may have information about what happened.

The incident is believed to have been isolated and there is no ongoing risk to the wider public.

No arrests have been made.