A CAMPAIGN to commission a new royal yacht has been backed by South Basildon and East Thurrock MP Stephen Metcalfe. 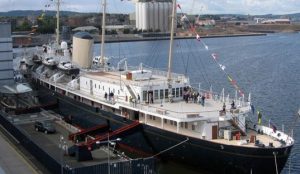 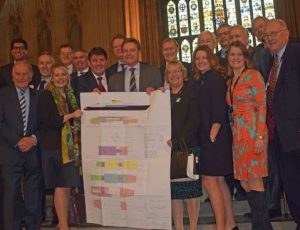 A letter sent to ministers urging the government to support the project was co-signed by 50 MPs.

The MPs argue that, as the UK leaves the European Union, now is the time for a new Royal Yacht Britannia as a new symbol of Global Britain, designed and built domestically to showcase the best of UK shipbuilding and industry and as a platform for promoting trade.

Paid for by a new lottery, along with other complementary sources of funding, there will be no call upon departmental budgets to pay for the vessel, he has said.

The previous royal yacht – HMY Britannia – was controversially decommissioned by Labour Prime Minister Tony Blair in 1997 after more than 40 years in service.

A secret naval design for a replacement for Britannia was drawn up by naval staff and approved by representatives of the Royal Family but the Labour Government refused to pay for it.

HMY Britannia, which is now a visitor attraction in Edinburgh, conducted 968 official visits and clocked up more than a million miles at sea.

On her last deployment to the Far East, commercial trade deals of some £2.75bn were signed on board to the benefit of the UK.