Men with baseball bats in Chafford Hundred leave one in hospital

ESSEX Police received reports of a disturbance in Sewell Close, Chafford Hundred, at around 2.40am today (Monday, January 1).

Officers were called about an argument with suspects reporting to be carrying what appeared to be baseball bats. The suspects then drove off from the scene.

A man, aged in his 20s, was then found with a cut to the head in Southwell Close shortly afterwards and he was taken to hospital for his injuries.

Anyone with information is asked to contact Grays police station on 101 or Crimestoppers anonymously on 0800 555 111. 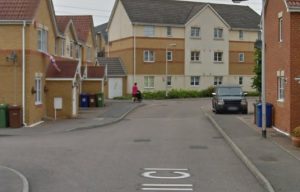