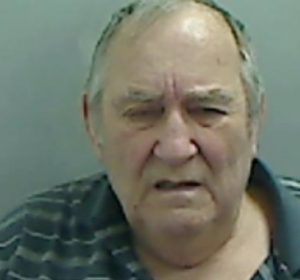 AN EIGHTY-THREE year-old man, originally from Stanford-le-Hope, has been caged for what will probably be the “rest of his life” after pleading guilty to a string of horrific sex offences against children.

Wood had lived a larger part of his life in Stanford-le-Hope and Purfleet as well as other areas of the country.

Victims from as far away as Australia were interviewed as part of a complex and far-ranging investigation which looked into offences that went back decades.

Cleveland Police Sergeant Chris Turner said: “Reginald Wood preyed on his victims and hid his true motives by acting as a fatherly figure. He fully deserves the lengthy prison sentence he has been given today.

“I would like to commend all of the victims who have shown great strength and bravery in coming forward to report their horrific ordeals and commend the courage they have shown throughout this process.

“Finally I would also like to thank police colleagues in Essex and Australia who have helped tremendously in gathering evidence for this case. I hope the victims can now move forward with their lives, knowing that Reginald Wood is now behind bars.”

Wood pled guilty to the following.

Five charges of gross indecency with a child.

Two charges of rape of a child under the age of thirteen,