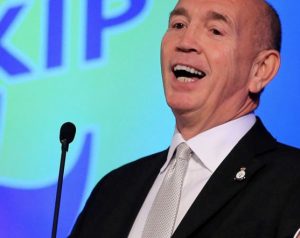 A FORMER MP and his election agent have been sentenced to six month suspended prison terms and ordered to pay £5,000 costs each after being found guilty of committing offences in connection with a local election for Castle Point Borough Council in 2016.

The offences relate to Spink and others standing as prospective UKIP council candidates.

Parkin and Spink were involved in submitting a number of nomination forms bearing signatures that had been obtained falsely in some way, either by misleading those who were signing or in few forging signatures.

The offences covered the time of the local elections in May 2016.

Both were made the subject of the suspended jail terms for a period of two years, given 150 hours community service and ordered to pay court costs.