DO you recognise these men? British Transport Police (BTP) like to speak to them after an assault at Chafford Hundred station. 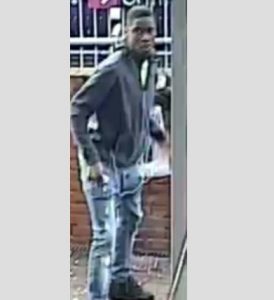 Shortly after 3pm on Wednesday 27 December, officers were called to the station to reports that a member of station security staff was being assaulted by two men.

The 49-year-old victim received an injury to his nose.

Officers would like to speak to the men in these images as they believe they may have information which could help the investigation.