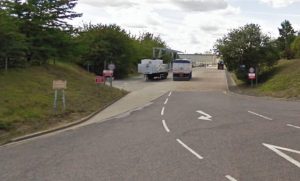 TARMAC Building Products is trying to head off threatened strike action at its Stanford-le-Hope plant.

The company will hold further talks with Unite officials this week after the union announced plans for a series of 24-hour stoppages starting on January 30.

Negotiations between both sides have been ongoing since before Christmas.

The dispute centres on terms and conditions for news starters at the Stanford Le Hope block-making plant.

A ballot for strike action produced a yes vote with further strikes planned on February 6, 8 20, 22 and March 20 and 22.

Unite Regional Officer Guy Langston said: “Tarmac’s plan to cut pay for new starters is the thin edge of the wedge. Our members believe that if this is unchallenged it will lead to further attacks on terms and conditions.

“Strike action will create serious disruption to Tarmac’s business but managers have brought this on themselves.”

A spokesperson for Tarmac said: “We are continuing the ongoing conversations with Unite and our employees, and hope to resolve this amicably.

“The vast majority of terms have been agreed and we hope that the union will continue to work with us to reach an amicable solution, enabling us to grow our business sustainably for the long term.

“In the meantime, we are executing our business continuity plans to ensure we continue to service our customers if industrial action goes ahead.

“We are committed to the future of the Linford site, recently upgrading and reopening an additional factory there to further build our aircrete block capabilities.”