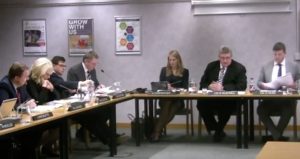 A THURROCK Council report has revealed a massive rise in the child population in the borough.

The figures were published in a report called A Sustainable Children’s Social Care for the Future: Annual Public Helath Report 2017.

The report states: “Whereas England’s child population grew by 6% over that ten-year period (2006-2016), in Thurrock growth was more than double that at 13.3%

This, then, may account for a significant portion of the growth in the number of children in the social care system in recent years.”

There was no reference to this statistic when the report came up for discussion at a recent meeting of the ruling Tory Cabinet.

One Response to "Massive rise in child population in Thurrock"