By Staff Reporter on February 2, 20185 Comments 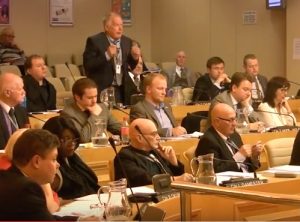 OCKENDON is set for a by-election after the resignation of Ukip councillor, Kevin Wheeler.

The Local Government Act (1972) states that if two Thurrock local government voters submit a request in writing to the Local Authority asking for a by-election it will be held.

If a by-election is called, it will have to take place within 35 days of the two requests being received.

Ockendon is a real swing ward in Thurrock. At the moment it has three Ukip (Thurrock Independent) councillors but in the past it has had both Labour and Conservative councillors.

At the last council elections, UKIP won by 404 votes from the Conservatives who, in turn, were 76 votes ahead of Labour.

The big question will be how far the Ukip/Thurrock Independent vote decreases by.