ESSEX Firefighters were called to a small fire in a flat on the sixth floor of a high rise property in Grays.

Six fire engines were sent to the incident which is the standard response to a fire in a high-rise building.

Firefighters entered the building and managed to quickly extinguish the fire using a dry powder extinguisher.

“The fire started from a pan on the hob which was full of oil and had overheated. We managed to extinguish the fire very quickly, and stopped the fire spreading to the rest of the kitchen. The fire has damaged the hob and the kitchen has minor heat damage. The smoke did not spread to any other room or flat.

“The occupants were not injured at all and did the right thing by leaving the flat.Their smoke alarm alerted them to the fire and they were able to get out, stay out and call the fire service out.

“We want to remind people in Essex the dangers of cooking, especially with oil. Follow our safety tips to stay safe your kitchen:

A spokesperson for Thurrock Coucnik said: “Thurrock Council is aware of a small domestic fire incident in one flat this evening (Friday 2 February) at a property in Bulter House, Grays.

It was swiftly attended too, with no injuries and no need to rehome any residents.

Thurrock Council attended the property and will help support the family as needed.

“The Council would like to thank our colleagues at Essex Fire and Rescue and officers in our housing team for their help tonight”.

FIRE Crews have been called to Butler House in Grays. 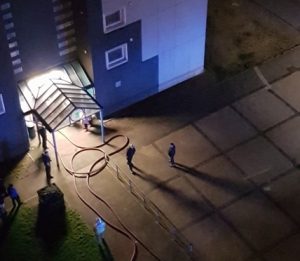 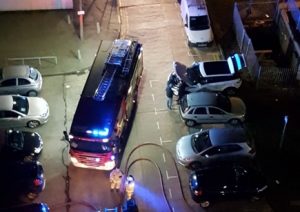 A number of crews attended at the tower block close to Argent Street.