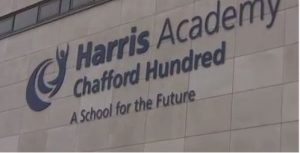 HARRIS Academy in Chafford Hundred has been singled out for praise for the progress of its poorest pupils in exams.

The poorest pupils have made more progress than their better-off peers at just three per cent of secondary schools, new analysis shows.

About 100 schools posted a positive Progress 8 score for their pupils on free school meals that beat the positive score of more affluent pupils – and nearly a third are selective.

Researchers at Impetus-PEF, an education consultancy, said “very few schools” are ensuring their poorest pupils make enough progress to catch up with their peers.

Andy Ratcliffe, its chief executive, said the school system should want to “bottle up” the work of these schools and emulate it, pointing to “brilliant leadership” and “constant focus on success”.

But experts in value-added measures insist that Progress 8 is fundamentally flawed, and said the data could favour grammars.