Are mid-earners locked out of buying a house in Thurrock? 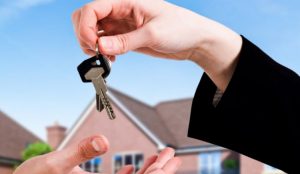 The biggest decline in home ownership in the last 20 years has been among middle-income 25 to 34-year-olds, the Institute for Fiscal Studies said.

Can you afford to live in Thurrock? Try the calculator in the link?

Andrew Hood, a senior research economist at the IFS, said: “Home ownership among young adults has collapsed over the past 20 years, particularly for those on middle incomes.

“The reason for this is that house prices have risen around seven times faster in real terms than the incomes of young adults over the last two decades.”

Property price rises were significant in the South East of England. As a result, the region has seen the proportion of homeowners among 25 to 34-year-olds fall from 64% to 32% in two decades.

Every region of Britain had seen a 10 percentage point drop over the same period, the IFS said. This will lead to some tough decisions for today’s 20 to 30-somethings, according to Iona Bain, founder of the Young Money blog.

“It is really hard to see how we can make this better when we are still seeing a huge demand for housing and that housing demand is not being met with the right number of houses,” she said.

“Individuals are having to decide for themselves: do I want to rent and have the flexibility but pay more for it, or do I want make a lot of difficult decisions to get on the property ladder sooner and potentially stay put for many, many years to come?”

2 Responses to "Are mid-earners locked out of buying a house in Thurrock?"