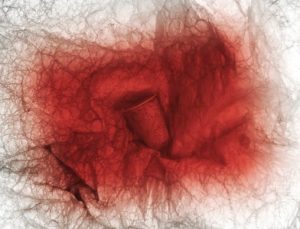 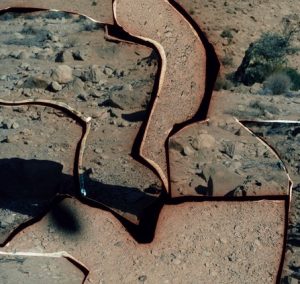 IN the year that marks the centenary of the end of the First World War, a pop-up art exhibition at the Coalhouse Fort takes a fresh look at the theme of ‘defence’.

Nine artists working across photography, sculpture, installation, film and sound, will show work. The work will relate to the theme of defence, including the site itself or in response to the fort’s rich archive of objects, documents and photographs, housed in Thurrock Museum, Grays. The exhibition is open to view to the public on 28 April 2018, between 11am and 4pm and for the media on 27 April.

Made possible with the support of Heritage Lottery Fund, the exhibition takes the 144-year-old fort and its location overlooking the River Thames, as its starting point.

Caught between a military past and its current use as a tourist attraction and cultural space, the fort and its identity are gradually changing. On the one hand Coalhouse Fort is falling apart, it is redundant, being reclaimed by nature, and is vulnerable and fragile – the very antithesis to its original purpose. But at the same time a team of dedicated volunteers is working with the local council to save and preserve it – to make it relevant again, to give it a new lease of life, a new identity.

Some artists have interpreted the theme of ‘defence’ in a literal way exploring ideas of fortification, territory and ownership, boundaries, warfare, and the military, including the notion of a soldier as hero, victim, killer. Others chose a more metaphorical, abstract take, touching on ideas such as the construction of empathy and collective identity, what it might mean to ‘endure’ a real or imagined threat and how withdrawing into oneself could be a means of survival. An awareness of man’s impact on the environment and how we might respond collectively to self-imposed environmental destruction also informs some of the work.

Gemma Padley, NEW:DEFENCE curator, explains: “Ultimately, the exhibition explores the parallel between the shifting nature of the fort (opening itself up to new possibilities), and what it means to be an artist – to let one’s guard down to make meaningful work.”

Making use of the fort’s dungeon-like magazines in the bowels of the building, dark and ghostly corridors, and casemates where guns would have stood, as well as the fort’s dedicated gallery space, the exhibition takes visitors on a journey through an extraordinary historical site, inviting audiences to consider how we engage with these kinds of spaces, and what their future purpose might be.

Following on from the exhibition, there will be a summer of artist residencies, talks and educational workshops taking place at Coalhouse Fort supported by Arts Council England. Further details on these events will be announced soon.