Man who worked in Purfleet jailed for terrorism offences

A man who committed terrorist offences online has been jailed for seven years today (Monday, 26 February) at Kingston Crown Court.

Mohammed Kamal Hussain, 28 (11.05.89) from east London was found guilty of two counts of encouraging terrorism and one count of supporting a proscribed organisation on 6 February at the same court.

Hussain’s activities came to the attention of counter terrorism police after a man reported receiving an email from him.

The court heard how the witness, who lives outside the UK, emailed the Home Office in March 2017 after receiving a private message on Facebook, from someone he did not know, inciting him to join Daesh.

The matter was referred to the national Counter Terrorism Internet Referral Unit – a team of Met Police officers who specialise in identifying and seeking the removal of terrorist material online. Their enquiries established the message was from Mohammed Kamal Hussain.

They identified that Hussain had posted a number of messages on Facebook which glorified the violent activities of the terrorist organisation Daesh.

A fast-time investigation was launched by the Met Police Counter Terrorism Command who arrested Hussain on 30 June 2017.

Commander Dean Haydon, head of the Met Police Counter Terrorism Command, said: “This investigation started with one conscientious individual trusting his instincts and reporting something suspicious. He could have ignored the message Hussain sent him but instead he took a screenshot of the message and contacted the UK authorities immediately. It is in great part thanks to him that police were able to bring Hussain to justice.”

Detectives trawled thousands of messages Hussain had sent on Facebook, Telegram and Whatsapp. Among them were Facebook posts encouraging terrorism, including a speech from the so-called “leader” of ISIS, Abu bakr al Baghdadi.

Commander Haydon said: “I encourage anyone who sees something online that they have even the slightest feeling could be terrorist, or extremist-related, to follow this example. Please report it to police via the ACT website. We have a team of specially trained officers who will look at everything that is reported and decide if action is required.

“Hussain was actively seeking to recruit Daesh followers. We know from the disturbing material we found on his devices that he supported Daesh. The material included videos of barbaric Daesh violence and warped reasoning for killing people, including children and Muslims.”

To report material online, simply fill in the confidential form at www.gov.uk/act. 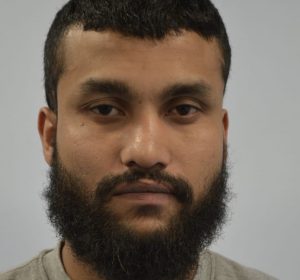