A MAN has been jailed for 34 months after hacking into more than 270 iCloud accounts, stealing sensitive images, and posting them online. 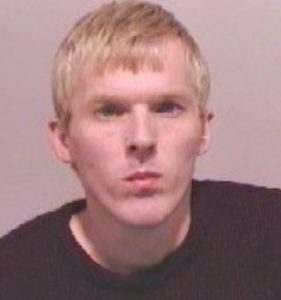 The offences came to light after a woman from Grays reported to Action Fraud that her iCloud account had been hacked and private photographs had been taken and published online.

Through thorough and extensive work by our Cyber Crime Unit, it was established software allowing you to recover data from an iCloud account had been used to access the account and take the images.

The purchase of the software was linked back to Craig Steinberg, 31, of Lily Street, Sunderland.

Further investigations identified Steinberg had used the software to get access to 272 iCloud accounts between December 9, 2015 and March 7, 2017.

He then posted private images, sensitive and sexual in nature, on a website for which he charged people for access.

A warrant was executed at Steinberg’s address on April 11, 2017 where he was arrested.
On December 6, 2017 he was charged with 14 counts causing a computer to perform a function to secure or enable unauthorised access to a programme or data.

Appearing at Basildon Magistrates’ Court on January 29, 2018, he admitted the charges and at Newcastle Crown Court on Monday, March 5 he was sentenced to 34 months in prison.

He has also been given a restraining order that will significantly restrict his future ownership and operation of computer equipment.

“To then exploit this by selling access to these images is totally repugnant.

“Craig Steinberg targeted hundreds of people, accessing their accounts without their permission and with no regard for their welfare, leaving them feeling violated and scared.

“While we’ve not been able to physically speak to all of the people he targeted we have made contact with them to let them know about this investigation.

“I hope this sentence provides them with some solace.

“I also hope Steinberg uses his time in prison to reflect on his actions and their consequences and this will act as a deterrent to anyone else considering something similar.”