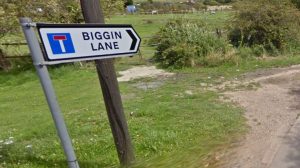 On Sunday, March 18, our officers from Grays Criminal Investigation Department working in partnership with the British Red Cross, officers from the Gangmasters and Labour Abuse Authority (GMLAA), Immigration and HMRC executed a warrant in Biggin Lane, Tilbury. The warrant was conducted following information gathered by officers over the past few months which suggested forced labour may be taking place.

Our officers were also supported by our Operational Support Group (OSG), two police dog and handler teams from the Dog Section and a number of Special Constables.

Following the warrant, 14 victims of modern slavery were identified and taken to a prearranged safe location. All victims were given medical treatment and provided with food and clothing. They have been rehoused by the British Red Cross in a new area.

All victims were offered the required support and the investigation remains on-going.

No suspects were arrested at the time of the warrant.

This is just one example of operational work which Essex Police does to tackle modern slavery and human trafficking.
Cristina Gavrilovic, our dedicated anti-slavery partnership co-ordinator, said: “We tackle modern slavery and human trafficking with a multi-agency approach. The victims of these crimes are forced to work for long hours without pay whilst living in sub-standard accommodation and being threatened with violence.

“It is vital that as residents of Essex, we are aware of the signs associated with these crimes and know who to report our concerns.

“Modern day slavery has no place in our society and together we can help victims like we helped following this warrant.”

For more information on how to spot the signs and how to report human trafficking and modern slavery, please call the National Modern Slavery helpline on 0800 0121 700 or visit www.essex.police.uk/beavoice.