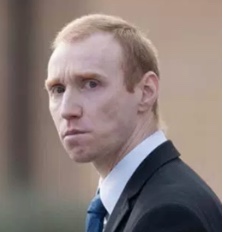 A FORMER police officer, found with nearly 100 indecent images of children being abused, has been made the subject of a five year sexual harm prevention order.

The court heard how officers, acting on intelligence, executed a warrant at his then home address in South Ockenden on October 15 last year.

They searched the property and seized various equipment including laptops, hard drives, cameras and mobile phones. Forensic analysis of the equipment found them to contain:

Taylor was charged, pleaded guilty and was sentenced on Friday March 23 at Basildon Crown Court.

He was sentenced to a three-year community order and ordered to complete the Horizons rehabilitation programme.

Following the sentencing Det Insp Ashley Howard said: “Nothing is more important that protecting our children.

“The making, viewing and distribution of indecent images of children is a heinous crime. Each time those images are viewed or shared, those children featured in them are exploited time and again.

“We will leave no stone unturned in our pursuit of those individuals involved in any form of abuse against children and if you are committing these types of offense you can expect to be hearing from us very soon.”

Investigating officer PC Clair Ward added: “Taylor was found in possession of nearly 100 indecent images, each featuring a child that has been sexually abused.

“We will continue to robustly target offenders like him who think it’s acceptable to commit these types of offences.”

Taylor is one of more than 58 offenders arrested during a crackdown aimed at targeting offenders downloading, making and distributing indecent images of children online.

Over the year, using an intelligence-led approach, a dedicated team of specialist officers have targeted those carrying out this type of offence.

For more information on how Stop it Now! helps people address their online behaviour, please visit the website www.stopitnow.org.uk or call the confidential Stop it Now! Helpline on 0808 1000 900.

Taylor was sentenced on March 23rd.

On Sunday 15th October 2017 he was arrested by officers from Essex Police for making, uploading and distributing indecent images of children.

On 12th November 2017 he provided a written prepared statement accepting full responsibility for the images found on computers seized from his address.

On 22nd December 2017 he was charged with:
6 counts of making indecent photographs/pseudo-photographs of children (contrary to sections 1(1)(a) and 6 of the Protection of Children Act 1978)
3 counts of possessing extreme images portraying an act of intercourse/oral sex with a live/dead animal (contrary to sections 63(1), (7)(d) and 67(3) of the Criminal justice and Immigration Act 2008)

It is alleged that these circumstances amount to gross misconduct.

In all respects the appropriate authority therefore considers his actions breach the following Standards of Professional Behaviour:
Discreditable Conduct in respect of the above, which is likely to bring discredit on the police service as a whole because public confidence depends on police officers demonstrating the highest standards of personal and professional behaviour. This type of offending undermines public confidence in the police service.

After hearing all the evidence, the Chair, Assistant Commissioner Helen Ball dismissed PC Taylor without notice.