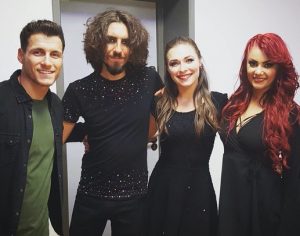 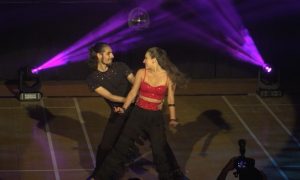 Ben performed the Viennese waltz to the Pirates of the Caribbean theme music and also performed a jive for the latin dance round of the competition later in the night. A complete novice when it comes to dancing, Benjamin has been training with Emma Burrell a professional dancer from Starlight Dancing since January, putting aside 52 hours over the last three months to learn the techniques and practice the two routines.

Together, Ben and Emma raised over £1000 for the Essex and Herts Air Ambulance Charity, contributing to a total of over £20,000 raised on the night and by the other contestants. The Air Ambulance is completely funded through donations as they receive no central government funding.

“I’ve never been a dancer, this was really out of my comfort zone but I put the time and effort in and went out there to entertain everyone and I think i succeeded in that” says Benjamin, who finished just outside the final three on the night. Emma, who is now heading straight into training for her next professional show spoke of Ben, “He’s worked so hard and was so focused and driven, I couldn’t be prouder. We’ve raised loads of money and that was why i wanted to participate”

Blatella Films have sponsored the event for the past four years, it was when he was packing up the cameras after filming the 2017 show that Ben approached the charity and asked if he could participate in this year’s competition. “Being on the other side of the lens was a strange experience, i just hope my team caught my best side”.

Dianne Buswell and Gorka Márquez from BBC’s Strictly Come Dancing were judges on the night and entertained the sell out crowd with two spectacular performances. The contest was won by Essex & Herts Air Ambulance critical care paramedic, Chris Keeliher who performed a Waltz and a Cha-Cha with his professional partner Zoe Jeffery of Dazzle Dance Centre.

DVDs/Blu-rays of the event are available for purchase through Blatella Films website with all profits going directly to the Essex and Herts Air Ambulance charity. Ben said “I would say to anyone thinking of getting involved with charity fundraising to just do it, you may learn a new skill, make some new friends but most importantly you will be helping out your community and a truly great cause.”