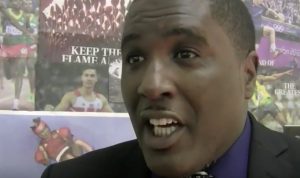 THE HEADTEACHER of Stifford Clays Primary is absent until further notice.

The head of Deneholm Primary, Christina Pumfrey has taken the reins at the Whitmore Avenue school.

Mr Peltier is also a senior special officer in the Metropolitan Police. In 2011, he received a Pride of Britain Award for saving the life of a boy who was stabbed in a gang fight in London.