THURROCK Hockey Club is looking to recruit Year 7, year 8 and year 9 boys to play for an u14 Thurrock hockey team in the Essex league. 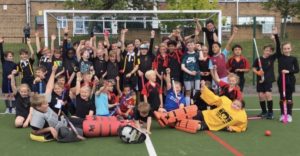 The hockey club train weekly on a Wednesday evening at 7pm through the season.

A Thurrock u14 boys team will play five or six essex league games a season and boys who impress at this level can move on to play adult men’s games.

Thurrock hockey club host a ‘come a try’ hockey session on Saturday morning 21 April. We need interested boys to come along to Palmers College for 10am start.

Hockey sticks can be borrowed from the club.

Boys need not have played hockey before.