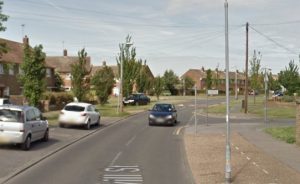 THIS is another of the seats that, even in the past ten years, has had Conservative, Labour and Ukip councillors.

In 2014, UKIP’s Graham Snell won. A year later UKIP, under Leslie Gamester, won it again. A few months ago, they left Ukip and became part of the Thurrock Independents (TI).

It would appear that the TI’s benefitted (electorally) from being former Ukippers at the recent Ockendon By-Election. However, things have got interesting as UKIP have a candidate in Stifford Clays in May.

This will mean that the TI’s will lose their leader. It will be a shame to see cllr Snell bow out of the chamber. Graham has never been a rent-a-quote or an attention seeker which has meant that whenever he does stand up to say something, it is worth paying attention.

He has also done sterling work in a number of committees. He has also tried to act as a concilatory figutre among his more combustible colleagues. He has done the right thing by defending Stifford. Some wonder if he may pop up again in the future for another party. We doubt it. He may well disappear from civic life and look back on the last four years as an interesting experience.

This seat has had a tradition of hard working Labour councillors. One just has to go back to the late Diana Hale and Angie Gaywood. They alway seemed to be out and about in the ward, whereas we have never heard a peep from cllrs Snell and Gamester. You get the feeling that Labour’s Lee Watson will (if elected) carry on that tradition.

We suspect the Conservative candidate is a paper candidate but you never know. They polled 962 votes in 2015. You just get the feeling that with limited resources, they will be concentrating on “winnable” wards such as Aveley and Stanford East.

We expect Labour to regain it but if they do they may well need to work hard to build up their voter base.