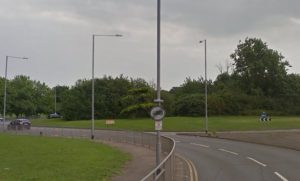 IN 2016, the Conservatives retained this ward by just one vote from UKIP. It seems a long time ago now, but that was on the crest of a Brexit wave.

Two years down the line and things are so much different. There is no UKIP candidate. Just in case you didn’t know they all left and formed a new party called the Thurrock Independents.

In many ways, their result here will give them a clear idea of whether they have a future. In 2016, UKIP got 706 votes. The Thurrock Independents should be happy with over 300. That may well be optmistic.

Ben Maney has been a councillor here for a long time. The quintessential reliable local councillor, who takes the issues from the ward and brings them to the council. There alway seems to be some form of petition coming from Blackshots. And if you ignore the dour exterior, there is always a lot of common sense that comes from Cllr Maney.

There is a lot for rival parties to get stuck into. Little Thurrock Blackshots will be affected by matters such as the new Thames Crossing, the closure of Orsett Hospital, the 32,000 new homes that may come to the borough as well as crime but it looks like the other parties don’t have the resource to give it a go.

The polling will be interesting though.