Burglar gets nearly three years for vicious assault in Corringham 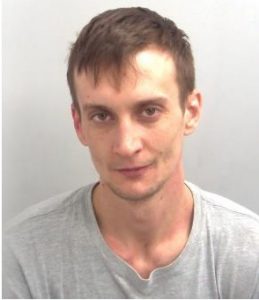 THREE burglars have been jailed for burgling two homes within the space of an hour.

A homeowner in Great Leighs Way, Basildon, checked the live CCTV feed on his home alarm system after receiving an alert via his phone on the afternoon of November 20 last year.

It showed a man climbing over the wall and he immediately contacted police and returned home. A window had been smashed and a laptop and jewellery had been stolen.

A short while later an alarm was activated at a home in Moretons Court, Pitsea. The owner returned home a short time later to find the back door had been broken and two jewellery boxes had been stolen.

CCTV footage from the area showed two men walking nearby and then one of the them running away. It also showed a distinctive car-derived van drive off.

Officers carried out a search of the area and the van was stopped a few hours later. Inside were Daniel Jacobs, Mark Knight and Tony Pelling, who were arrested on suspicion of burglary.

They were charged the following day in connection with both incidents and pleaded guilty at hearings in Basildon Crown Court earlier this month.
They were sentenced on Friday, April 20.

Jacobs, 29, of Mynchens, Laindon, was jailed for a total of five years and 11 months after being sentenced to 39 months for the burglaries, to run concurrently, and 32 months for inflicting grievous bodily harm, to run consecutively.

Investigating officer Detective Constable Robert Lewis, of Basildon CID, said: “These were brazen burglaries committed within a short space of time during the daytime.
“But Jacobs, Knight and Pelling were quickly brought to justice for their crimes and will now spend time behind bars.”