Grays and Stanford-le-Hope among most polluted places in Britain 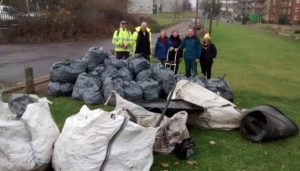 THURROCK is among the 47 towns and cities across the UK that are at or have exceeded air pollution limits set by the World Health Organization, its new report has found.

The WHO data shows 32 areas have fine particle air pollution levels above 10 micrograms per cubic metre, with the remaining 15 at that limit.

Thurrock the borough makes the list but there is also specific reference to Grays and Stanford-le-Hope.

The figures on air pollution, contained in the WHO’s global report, found Port Talbot had fine particle air pollution levels recorded at 18 micrograms per cubic metre, with the next most polluted UK areas being Scunthorpe and Salford on 15 micrograms.

Fine air particle pollution is particularly bad for us, penetrating deep into the lungs and cardiovascular system, causing diseases including stroke, heart disease, lung cancer and respiratory infections, the WHO says.

It estimates that globally 7 million people die each year from exposure to such pollution, with most of these deaths being in low and middle-income countries, mainly in Asia and Africa.

However, while many UK towns had air pollution recorded at or above the WHO’s recommended limit, in a number of places the levels are falling reports the BBC.

Simon Gillespie, chief executive of the British Heart Foundation, said the UK still had “a long way to go in the fight against air pollution”.

“The UK government needs to show leadership by adopting WHO air quality guidelines into national legislation and in doing so, help to protect the nation’s heart and circulatory health.”

The 32 UK places (and Gibraltar) that exceeded the limit of 10 micrograms per cubic metre:

The 15 towns that are at the limit: