Two thrown from vehicle after serious smash in Fobbing 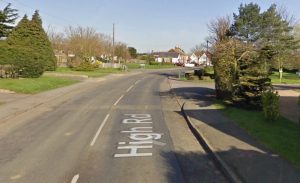 ESSEX Firefighters assisted at the scene of a road traffic collision on High Road, Fobbing this morning..

On arrival, crews reported that four people had been involved in the collision, which involved two vehicles.

Two casualties had been ejected from their vehicle into the roadway, while one female was still trapped.

Crews freed the female from the vehicle by 1.14am, before leaving them in the care of the Ambulance Service.

Watch Manager Geoff Wheal, Corringham Fire Station, said: “This incident occurred outside my own home – I was awoken by the noise of the collision.

“I went straight outside to see to the people involved, checked on their injuries and made sure someone accompanied each person. I then headed to the station, before returning as Officer in Charge.

“This was a very difficult extrication and crews worked extremely hard to make the scene safe and release the female who was trapped as efficiently as possible.”