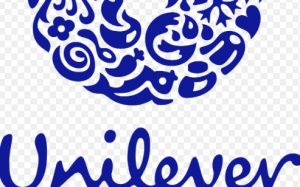 NORWICH stands to lose up to 1,000 jobs and nearly £10M worth of wages and incomes which would be a devastating blow to the area

GMB and Unite say Unilever has serious questions to answer about whether information was withheld from staff.

Documents released under Freedom of information (FOI) requests show clear discrepancies between what Unilever told the Secretary of State, BEIS and what was shared with the staff consultation group – including proposals to maintain both milling and bottling facilities in Norwich which could have saved up to 70 local jobs.

The documents also record Unilever offering the Secretary of State a “compromise” before any final decision had been made.

The unions have written to Greg Clark, Secretary of State for Business, Energy and Industrial Strategy asking for clarity on why his department were told one thing, and Unilever workers and their unions told another.

“It appears that Unilever made commitments to Greg Clark, which then appeared to have been deliberately withheld from their own workers throughout the review process.

“The notes beg the question, why was Unilever offering Greg Clarke a “compromise” before any final decision to Norwich was made?

“It is no surprise that Unilever actively excluded union officers from the formal HR1 Consultation process, where these discrepancies would have been properly challenged.

“Many members of the workforce and wider community believe that Unilever had already made a decision to close Norwich and the apparent discrepancies in advice and information to the consultation group raises serious concerns about whether there has indeed been any ‘meaningful consultation’.

“As it stands, Norwich stands to lose up to 1,000 jobs and nearly £10M worth of wages and incomes from the local economy, which would be a devastating blow to the local area.

“Failing to conduct a meaningful consultation is one of the pitifully few areas where workers and their unions can challenge their employers and claim compensation. It’s therefore no wonder they’re in denial.

“GMB raised the alarm with the business secretary about Britvic’s consultation process almost six months ago. Now it would seem Unilever has played fast and loose with their own consultation too.

“It’s time for Greg Clarke, Secretary of State for Business, and Chloe Smith MP to pull their weight and ensure these two companies do right by their employees.

“Fail to do so and once again we’ll see who’s side they’re really on. The people of Norwich are tired of big corporations treating our city like this.

“All take and no give. Norwich really does deserve better than this.”

“Unite is extremely concerned by the lack of transparency and disclosure during the Unilever Norwich site review and consultation.

“The law is there to ensure affected workers have the facts and their unions are fully able to discuss and seek alternatives to closures.

“Business secretary Greg Clark must do the right thing and investigate.

“This is a stain on Unilever’s reputation that won’t wash off unless the company comes clean about its compromise offer as the Colman’s site closure is having a huge impact on the workers and hitting the wider Norwich economy.”