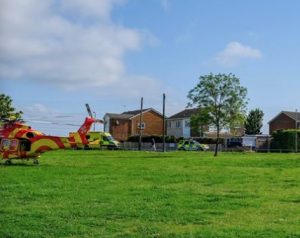 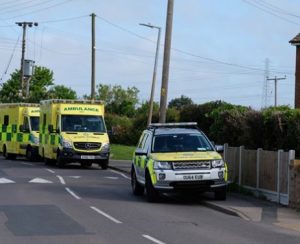 YT has received a report that the air ambulance has landed on Orsett Heath in Chadwell St Mary.

A number of land ambulances as well as a report of the fire service were also in attendance.

A spokesperson said: “We were called at 7.24am this morning (17th May) to reports of a person in cardiac arrest on Health Road, Orsett.

“We sent two ambulance crews, and ambulance officer and the Essex and Herts Air Ambulance to the scene.

“They treated a woman believed to be in her 70’s at the scene. The patient was then taken by land ambulance to Basildon and Thurrock Hospital for further care”.