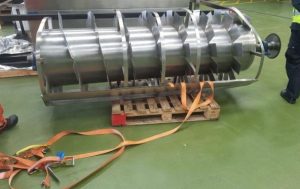 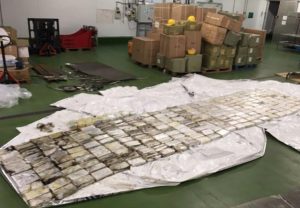 A WOMAN has been charged with importing drugs with a street value of £22m into the UK from Mexico inside an industrial fruit-processing machine.

The Spanish national was arrested at her home in Blackheath, south-east London, the National Crime Agency said.

The drugs were allegedly trafficked into London Gateway Port on 17 March.

The 3.5-tonne fruit processor was stopped by Border Force officers who discovered a haul estimated to have a £22m street value, the NCA said.

John Coles, the NCA’s head of specialist operations, said: “Here we have a potentially lucrative plot by organised criminals to smuggle 259kg of Class A drugs into the UK, which would have eventually found itself being sold on the streets of London.”

The announcement of the seizure came after security minister Ben Wallace warned the UK is “fast becoming the biggest consumer of cocaine in Europe”.

Ms Anton-Altamirano, of Charlton Road, will appear at Kingston Crown Court to enter a plea on 7 June.