ESSEX Firefighters were called to a fire involving three sheds this afternoon (Thursday).

On arrival crews reported that the adjacent sheds, which were in separate gardens in Dunkellin Way, South Ockendon, were completely alight and the fire had also spread to a nearby house.

Neighbours managed to alert an occupant who was inside the home affected, who suffered minor burns to his arm. 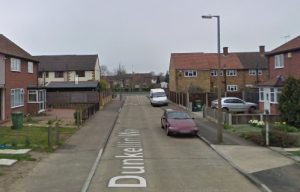 Firefighters worked hard to extinguish the fire by 2.22pm.

The sheds have been destroyed, while the home has also suffered some external fire damage and minor smoke damage inside.

Following an investigation, we believe this fire was caused accidentally by an electrical fault.