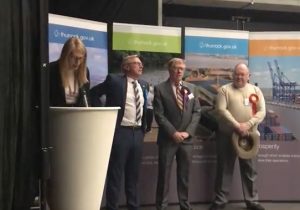 I would like to take this opportunity to put on record my immense pride of having been elected as the Ward Councillor for Orsett, Horndon & Bulphan and thank each of you who took the time to vote on May 3rd.

I would like to also say a big thank you to all that helped with my campaign. The first mèeting of full Council has now taken place and I am honoured to have been invited to join the Cabinet as member for Housing.

I look forward to representing my residents by giving them a voice in the chamber and also assisting in shaping the future of Thurrock.

I also wish to pass my condolences to the family of former Mayor John Everett who passed away yesterday.

John lived in Bulphan and gave many years service to Thurrock.