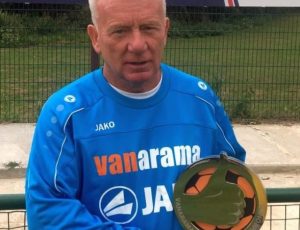 EAST THURROCK boss, John Coventry, has gone on the record regarding the number of players that have left the club just after the season ended.

John Coventry said: “The first thing I would like to say is regarding Ryan Sammons.

Ryan has been a tremendous servant to East Thurrock FC over the past 10 years and played over 400 games which is a real credit to him. He has deservedly been a part of the clubs most successful period in it’s history.

Ryan is a player that turns up for training and games and causes no problems always giving 100%. In my experience, as a manager of a non league club that is a rare quality these days, especially when you know that financial reward is not his incentive and it is purely down to the love of the game.

Finally I would like to say thank you to Ryan for everything he has done for our football club.

Also supporters would have seen a long list of those that will not be playing for East Thurrock FC next season. I would like to give you some insight to my thinking.

At the end of last season, which ended in 6 straight defeats, I felt that if I started the following season with the same group of players I would have ignored the warning signs and it could be a difficult season.

Also I had to think that if I expect supporters to pay to watch us in the future it’s my responsibility to make sure last seasons end of form does not carry over into next season.

Therefore I made the decision to change a very high percentage of the playing staff, which I knew would be a difficult challenge. However I can say that at this moment things are going well and I am quietly excited.

There have been some names released and in the next few days I am hoping to be able to share some more information regarding players for next season.

“Hopefully you will understand and continue your support for next season”.

The following players have confirmed that they will return next season;

Invited back to pre season;

Joe Christou, Harry Honesty and Simon Peddie but they have not accepted as yet.

‪”We can confirm that the following players have left the club”

‪Harry Phipps finished his long loan from Maidstone and George Allen finished the season with Canvey.